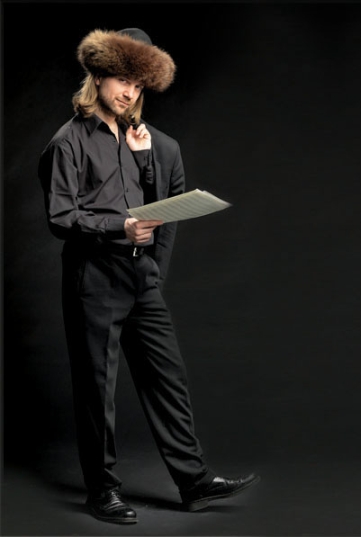 The leader of WKE is Piotr Karol Sawicki, a graduate from Karol Szymanowski Academy of Music in Katowice, Jazz and Popular Music Department, Arrangement and Composition Grade.

This was the music of the Swedish pianist John Johansson which inspired P.K. Sawicki to folk music. He encountered the pianist’s work in childhood, thanks to his Swedish grandmother. The music of this eminent composer made him realize that folk music performed in jazz arrangement can beautiful, subtle and refined.

P.K. Sawicki collaborated among others with: Big Band Akwarium, the student cabaret STS 96, the group Kaliber 44. He composed music for the animated film "Gravity and Grand Piano" by James Neal from the Academy of Fine Arts. The film won the first prize at the Author’s Festival of Animated Films in Cracow, in the Student Film category.